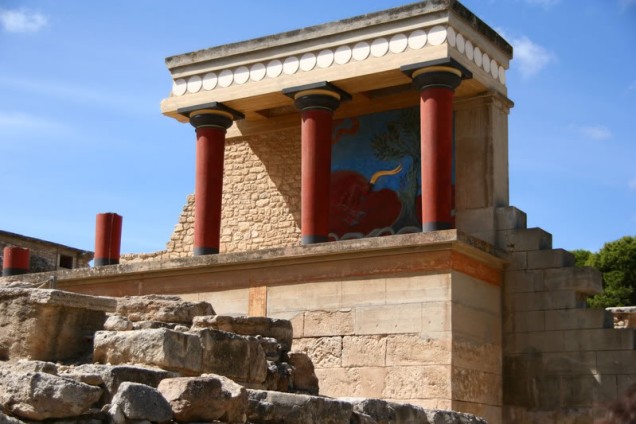 4000 years ago, the Minoan civilization, on what is now the island of Crete, was a thriving,  sea-going people.   The Classic Greek legend of the Minotaur, a half-man, half bull-like beast which is still being taught in universities today, was a story set in the Palace of King Minos at Knossos on Crete.  In the 19th Century,  archaeologists began excavating this site;  some of the buildings were partially reconstructed to show the amazing art and technology that they developed.   in 1994, I had the opportunity to see this site with fellow crew members of the USS PETERSON during a port visit.  One of the highlights for me was the world’s first flushing toilet, in the queen’s chambers.

I still laugh at one of the comments made by a young sailor on that trip. ‘What a bunch of crap, everything is in pieces”,  he said.

“Well, this entire site was buried in the ground for FOUR THOUSAND years”. someone responded.  “I wouldn’t expect it to be all standing at all.”

Who knows what history would have recorded about the Minoans had not a little environmental disaster overtaken them.   Four thousand years ago,  in one of the largest volcanic eruptions ever,  the island of Thera, about a hundred miles to the north of Crete, vaporized.  The resulting tidal wave obliterated the Minoans.  According to history, the Bible, and other records,  elsewhere around the Mediterranean,   the Etruscans – who were the forerunners of Romans, the Egyptians, Israelite tribes all were impacted by the Minoans.

Sailors get around.   And that ain’t no bulls…”

One thought on “Knossos, but no bull”